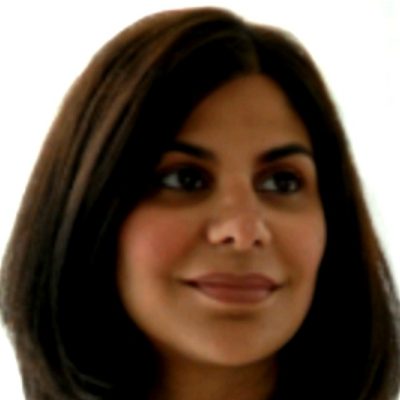 Maria Mohiuddin Verjee is the co-founder and partner of Johal & Mohiuddin, LLP, a boutique law firm in downtown San Francisco. The firm was founded in 1996 and includes areas of practice in Corporate, Mortgage Banking, Immigration law and Litigation. Maria has lived in San Francisco since 1983 and graduated from Drew College Preparatory School in 1988. Maria earned a Bachelor’s of Science in Business Administration from the University of San Francisco in 1992 and a Juris Doctor degree in 1995 from University of San Francisco School of Law. She is an active member of the State Bar of California, the American Bar Association and the American Immigration Lawyers Association. She is admitted as Attorney and Counselor to practice before the Supreme Court of California, the United States Court of Appeals for the Ninth Circuit, and the United States District Court.


Her primary area of practice is immigration law. Maria has a diverse range of clients, including publicly traded companies, foreign companies, and businesses hiring foreign employees or obtaining greencards for their current employees; entrepreneurs seeking work or business visas; investors seeking greencards through the EB5 program; families sponsoring other family members; and individuals facing deportation or removal from the U.S.


Maria and her husband Tabreez are passionate about venture philanthropy and impact investing and have seed funded a dozen mission driven companies including Kiva, Novica, Purpose, ClassDojo, and Priya Living.


Maria is also on the Board of Directors of Operation USA, a privately-funded relief organization that helps alleviate the effects of disasters, disease and endemic poverty throughout the world by providing material and financial assistance and promoting sustainable development. Since 1979, Opusa has worked in 99 countries delivering over $350 million in relief and development projects. In 1997, Opusa received a Nobel Peace Prize in the International Campaign to Ban Landmines. Opusa is very active in Pakistan. In 2005, in response to the devastating earthquake in Pakistan, Opusa was one of the first to send an airlift of medical supplies; support to rebuild homes, a prosthetics clinic, a health clinic, and a community center. Since the earthquake, and through the 2010 flood disaster, Opusa has committed to the long term recovery process in the village of Moldhara, providing an ambulance service, as the maternal mortality rate peaked, and medical aid in support of maternal child health programming throughout Pakistan.


Maria is also on the Board of Trustees of Drew High School in San Francisco, founded in 1908.