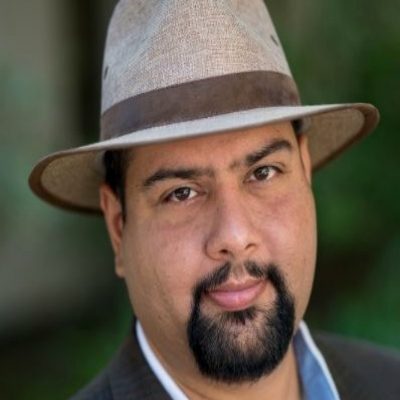 Faraz Hoodbhoy is the founder of PixSense, Inc., a successful Silicon Valley startup that provides a mobile social media platform offered by mobile operators to their subscribers

Faraz is based in Santa Clara and has been an active contributor at OPEN-SV events. It was about time to invite him to host an OPEN-SV Mentorship Breakfast which was attended by eight OPEN-SV General Members. Faraz mentioned that entrepreneurship runs in his family and that he is a 3rd generation entrepreneur. During his undergraduate program at Rensselaer, he had to put school on hold to work developing software in Pakistan for 3 years. He returned to complete his BS in Industrial & Management Engineering. He went on to hold positions at Microsoft, Cap-Gemini Ernst & Young, Unisys, and at Clickmarks where his focus was in mobile enablement & integration of enterprise applications. Faraz recalled being inspired to start a company while attending OPEN-SV and TIE events on entrepreneurship in the early 2000s. After a series of failure-to-launch ideas, he and his high school friend and business colleague, Adnan Agboatwalla, started focusing on the idea of managing digital media captured by mobile devices. In 2005, with much guidance from their mentor, Anurag Mendhekar, they formed PixSense, Inc. PixSense started with a development arm in Karachi, Pakistan. Within six months, PixSense had 15 people, all funded by personal savings. Faraz said that it would be impossible to even think of setting up offices in Pakistan without his co-founder moving back to Pakistan. Without the “inherent alignment of interests as co-founders”, overseas operations in Pakistan could never have been achieved. Faraz offered a quote from Anurag, “Successful ventures require ‘good luck’, but ‘good luck’ is a function of being in the right place at the right time; and that is not a random event.” Faraz also said that “perspective, awareness and focus” are critical assets when considering how to turn ideas into reality and suggested that is nearly impossible to acquire and hold these by individually. He stressed the importance of mentors before and during the process of becoming an entrepreneur. Faraz said that for him it was critical to have not just one, but several mentors, and the ability to be comfortable with the fact that most mentors do not necessarily provide answers, but rather, provide the “sounding board of rational thought.” When asked what investors consider before committing capital, Faraz suggested that investors invest in “people, not technology”. Other obvious factors include financial and market analysis concerns, including real TAM (total available market) analysis, but an equal and possibly more important gauge is the founder's own commitment. If founders are unwilling to invest their day jobs on their new venture, then it is unfair of them to expect investors to invest millions of dollars into helping them follow their dreams. Having gone through multiple funding rounds, Faraz is of the opinion that dilution is “an academic discussion”; the reality is simply that one shouldn't seek funding at the wrong time. He said, "Go to VCs when you don't need them to survive, but rather when you need their investment to actually grow your business." Also, he said he has made many friends among VCs and understands their hesitation at funding new ventures. “VCs need to make 10x returns to justify their existence, so only go to them if your company can deliver such returns. A profitable business that doesn’t have the potential to scale to 5~10x or more on original investment isn’t a bad thing at all, it’s just not venture-capital fundable.” Talking about PixSense’s success, he said it provides "sticky & addictive" mobile social apps that yield value for everyone in the mobile ecosystem, from operators, to infrastructure vendors, to ODMs, to end-users. Faraz said that the process of critically understanding and addressing the motivations and needs of stakeholders – operators, vendors, and subscribers – is easy to pay lip service to, but very hard to translate into real-world business and technology strategy and tactics. Faraz said it took many years of trial and potentially catastrophic errors to materially understand the problems and limitations that each of the players faces, and only after they understood the complex inter-related problems was a PixSense’s technology-based solution relevant. Today PixSense has millions of subscribers around the world, generating significant revenues for PixSense’s customers, PixSense’s partners, and most importantly, PixSense. Faraz said he greatest learning to-date is that “the principle of ‘aligning everyone’s incentives’ cannot be limited to an intellectual discussion, but rather must be treated as the foundation of everything you do in business if you want long-term, sustainable growth”.


After over two hours of friendly discussion, we thanked Faraz for his time, insights and sharing his experiences. We wish PixSense continued success and hope one day it becomes a household name.